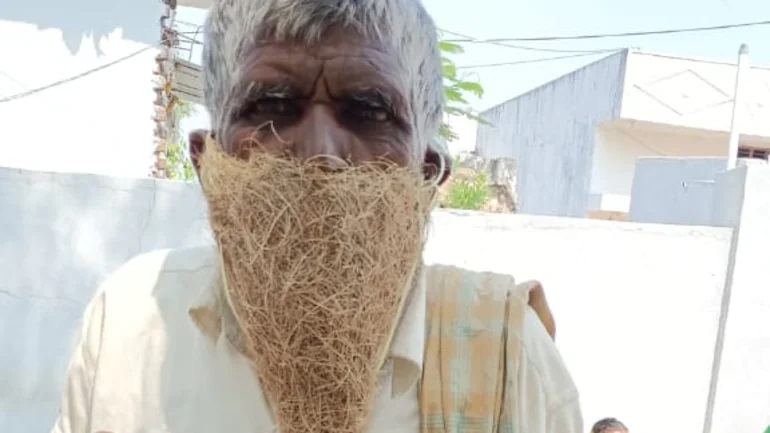 Telangana, like several other states, is witnessing a sharp surge in new confirmed cases of Covid-19. The state government, earlier this month, issued an order making the use of face masks in public mandatory. Violators will be fined Rs 1,000, said the order.

A shepherd in Telangana who could not afford a face mask came up with an innovative solution.

Mekala Kurmayya hails from Chinnamunugal Chad in Telangana's Mahbubnagar district. The shepherd had to visit the mandal office in order to collect his pension but could not afford a face mask.

Medical experts have reiterated that the use of a face mask is the best way to avoid getting infected. Just recently, the American CDC issued an advisory recommending the use of two face masks.

Reports from last year indicated that India was looking at a surplus in face mask production. The country had a production capacity of 1.5 billion three-layer masks as of June of last year.

A picture of Mekala Kurmayya's unique and somewhat organic mask is going viral. The shepherd from Telangana also prompted internet users to advise government offices to provide face masks for visitors who cannot afford one.

The state of Telangana has 46,488 active cases of Covid-19. According to the state government's health department, the case fatality rate among coronavirus patients in Telangana is 0.50 per cent while the recovery rate stands at 86.85 per cent.

Workshop on strengthening network among rights organizations held in Sylhet 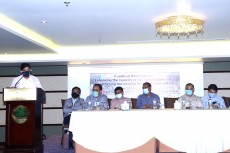