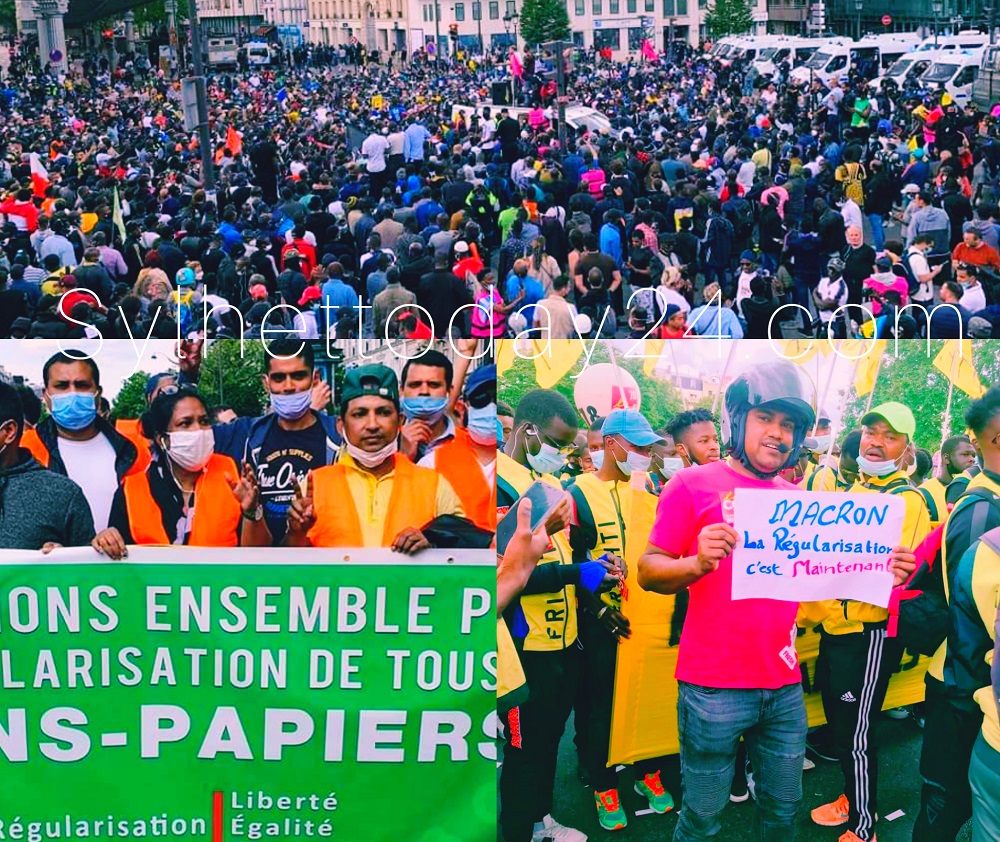 Hundreds of thousands of people rallied in Paris, France, on June 20 in support of the legalization of illegal immigrants.

Earlier in the day, people gathered in groups at the Place de la Nation area.

Part of the participation of Bangladeshi expatriates in the protest rally led by Council candidate bcf vice president Nayan NK and labor group secretary Obaidul Koyes. As the day progressed, the agitating people gathered at the gathering place called Dhal. The only demand of all of them is to give legitimacy to all irregular migrants in crisis situations and to provide all government facilities. A large number of police were deployed at the rally site and in the surrounding area.

Bangladeshi expatriates are going to the rally place with procession Nayan NK, Vice President of BCF, played an important role as the Asia Region Coordinator in the joint organization of migrants from different countries. Besides, Obaidullah Koyes of Sramik Group also played a special role.

Earlier, on June 30, a protest rally was held in Paris demanding the ban be lifted. But today's rally had permission from the police administration.

Immigrants from different countries are gathering in procession at the gathering place mention has already been made that Italy, Spain and Portugal have announced the legalization of irregular immigrants during the Corona period in various categories. On April 12, Corona, a 104 MP from the French parliament, handed over a memorandum to the French prime minister, demanding the legalization of some 500,000 illegal immigrants in France during the crisis. They said that in the same way that irregular migrants were legalized in 1971 and 1996, irregular migrants should be legalized in this critical moment.

Since no satisfactory assurance was received from the government at that time, various social organizations in France started a movement demanding the legalization of irregular immigrants.

Many expatriate Bangladeshis who attended the protest rally expressed optimism that the government would bring good news for irregular migrants as there was enough support from the administration in this year's movement.