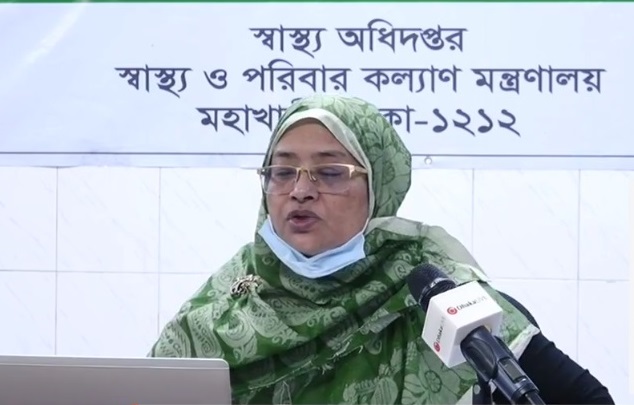 Bangladesh on Tuesday saw the highest number of single day new cases and deaths. The health authorities announced detection of 3,117 new cases and 45 deaths in the span of 24 hours, reports UNB.

With this, the total number of confirmed cases surged to 71,675 while the death toll jumped to 975.

Additional Director General of the Directorate General of Health Services (DGHS) Prof Dr Nasima Sultana came up with the disclosure at a daily briefing.

Fifty-five laboratories across the country tested 14,664 samples in the last 24 hours, she added. Shaheed Tajuddin Ahmad Medical College in Gazipur is the latest in the country to start RT-PCR test.

“The detection rate of new patients on Tuesday has been recorded at 21.62 percent,” she said.

Across the country, 777 more patients recovered, she said adding that so far 15,336 people have recovered.

Against the total number of detected cases, the recovery rate is 21.4 percent and the mortality rate is 1.36 percent in the country.

Among the deceased, 33 were male and 12 were female.

Dr Nasima noted that many are buying and stocking oxygen cylinders in advance for no reason. She urged them to stop this practice.

“Oxygen supply is important for COVID-19 patients only ... supplying a patient at home is technically difficult and it might do more damage than good,” she said.

She also highlighted that ‘high-flow’ oxygen supply is the only way to provide oxygen to the patients for treatment which cannot be done at home. “Only a doctor can determine the appropriate dosage for it and a skilled technician can properly apply it.”

Across the country, 557 more people were taken to isolation in the last 24 hours while 216 were released. Currently, 7,893 people are in isolation.

During the same period, 2,602 people were home and institutionally quarantined and 2,036 were released. At present, 56,638 people are quarantined across the country.