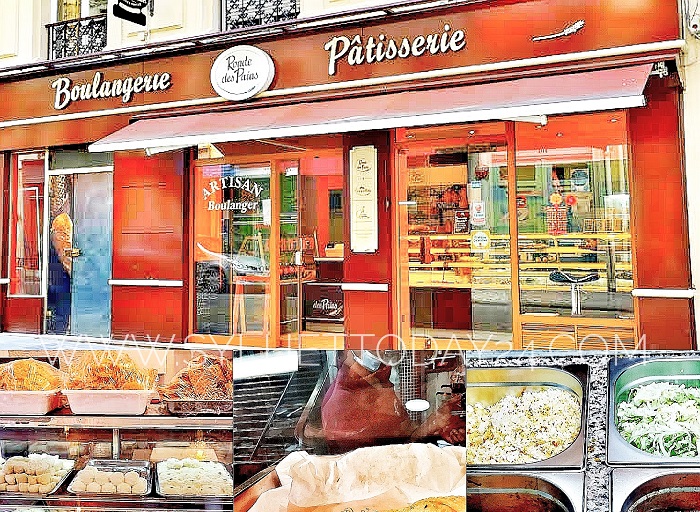 France is known as the land of food, cheese and baguettes. The citizens of France love natural food. In the evening, the crowds increase in the restaurants. The business of different brands of food is booming all over France.

Lately, the population of Bangladeshi and Bengali speaking people has increased all over Paris. According to various prefectures in Paris, about 60,000 Bangladeshis, both regular and irregular, live in Paris and across parts of metropolitan France. As the population of Bengali culture grows, so does the popularity of Bengali food throughout Paris. The popularity of various Bangladeshi dishes including Singara, Samusa, Biryani, different types of sweets, Halim, Chatpati, Onion, Chhola Muri, Pan has increased among the French citizens. By consuming these foods, the French public began to recognize Bengali culture and food in more detail Various Bangladeshi brand foods called Bonaful, Ruposhi Bangla, Pansi Suites have already gained a lot of recognition here.

I was talking to gai anestai at a Bangladeshi restaurant called Mes Tacos in Aubervilliers near Paris. In the context of the words, he said, Bangladeshi samusa is his favorite He likes to eat this fast food made by frying onion in a special way with sauce

At Ruposhi Bangla Suites, adjacent to the Gare du Nord railway station in Paris, on the afternoon of June 6, local time, several French students were seen buying Bangladeshi sweets. Talking to them, it was learned that they like black jam sweet very much

A man named Saint Sefery said he often took home a variety of Bangladeshi sweets. Her kids like it a lot.

Talking to Shah Alam, a Bangladeshi restaurant businessman, it is learned that only a variety of sweet national food items are sold at his restaurant for 200 to 300 Euros daily. Besides, there is Birani, Halim, fish rice, mash.

Afzal Uddin, a Bangladeshi national who sells jhal muri in the rue sain mour area in Paris, said he has no job. He has not been able to do anything in the last 60 days. Now he is selling floating jhalmuri. He is selling a plate of soldered mudri for 1 euro.

Searching in various Bangladeshi supermarkets, it is known that the demand for drinks has increased along with various daily necessities. An employee of a Bengal shop said that although there was a demand for betel leaves, the price of betel leaves was very high due to low supply.

Mohammad Adnan, an African living in Paris, said he buys drinks from Bangladeshi shops. But the price of drinking. 100 grams of betel leaf costs about 5 euros.
According to French restaurant-based website yelp dot com, 5 Star Marks has 10 restaurants across the city of Paris, which are great for Bangladeshi food and desserts. Caitlin T., a customer who tasted the food of a Bangladeshi restaurant, posted on social media-

"I think the best word to describe the experience I've had here is: nourishing. The adaptation of French and Bangladeshi flavors work so well together. I don't think I've ever had such fresh vegetables in one meal before. I loved the amazing accompaniment of bread & the spicy Bangladeshi side. It's SO apparent that the head chef is an expert in "umami."

The staff is so lovely and attentive. They were completely understanding with my lack of French and the language barrier was no problem. Thank you so much for your hospitality, I'll be sure to come again!"

According to the French Ministry of Food and various town hall websites, there are 16 Bangladeshi restaurants and suites running across Paris.