Buyers are increasing in Bangladeshi businesses in France! 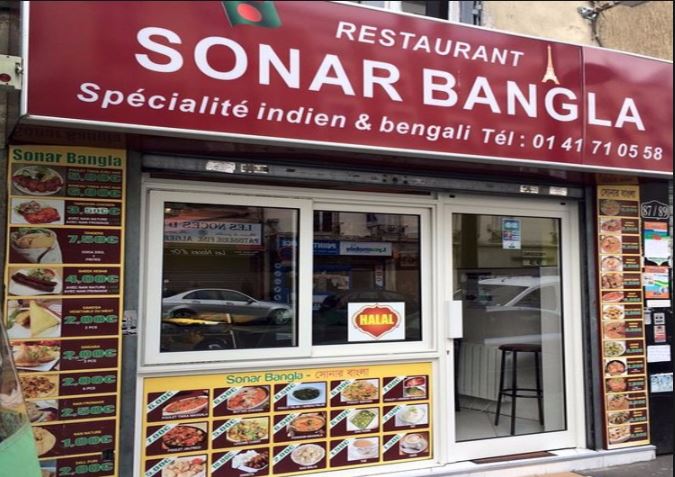 France is back to normal after a 65-day lockdown caused by the corona virus. Crowds have started to grow in business establishments. Turning business is stagnant. Meanwhile, rumors were circulating a few weeks ago that the French government could sell Leonardo da Vinci's immortal Mona Lisa painting to meet the financial crisis. The economy has collapsed day after day due to the lockdown. So the French government can walk the path of selling the Mona Lisa. Meanwhile, Stefane Distinguin, founder of Fabernaval, a well-known French technology company, said that the sale of the Mona Lisa would provide significant financial support. With that, the corona situation can be handled a lot.

The monitoring of the situation on June 5 (Friday) in the French capital Paris, Paris suburbs of Aubervilliers, Saint Danis, La Cornaouve, Victor Hugo, various Bangladeshi businesses visited the area and saw that the crowd of buyers has increased.

Visiting a "mobile and cyber" cafe called Srijan Multimedia, it is seen that several shoppers are looking at several simple to buy new mobiles. Several people are also seen using the internet in cyber booths.

Zaman M Ruhel, director of the shop, said the number of shoppers has increased since May 24. However, it is not a very significant number. After the lock-down situation eased, an average of five hundred to five hundred and fifty are being sold daily.

Wahidur Rahman, a wholesale mobile parts dealer in the Fixex Victor Hugo area, is said to have been able to sell mobile products at some wholesale prices in mobile and electronics stores scattered in various parts of Paris over the past week.

Hossain Ahmed, owner of Panini Tux Restaurant in Aubervilliers, said he has been running the restaurant since May 24. Although the number of buyers is low, fast food and cold drinks are selling well as the geographical weather in France is now summer.

Ahmed Hossain said he had redesigned the shop before it opened on May 24. Due to the effects of the corona virus, he did not sit inside the store or sit down to take food. Only providing parcel service.

Although the small businesses have turned around, the big companies have been hit hard by layoffs. According to AFP, French carmaker Renault plans to cut 200 million euros in three years. As part of the plan, the company will lay off 15,000 workers worldwide. Of these, 4,600 workers will be laid off in France.