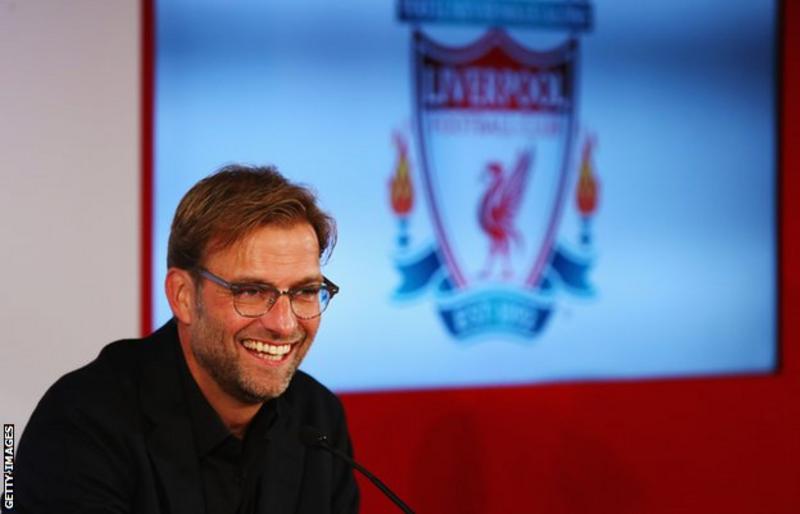 Liverpool's 30-year wait for a top-flight title is over after Manchester City lost 2-1 at Chelsea to confirm the Reds as Premier League champions. Jurgen Klopp's side needed one victory to seal the league but City's failure to win means they cannot be caught. It is Liverpool's 19th top-flight title and their first since 1989-90.

The appointment of Klopp has been pivotal to Liverpool's rise in recent seasons to this moment of success.

The German arrived at Anfield in October 2015 following the sacking of Rodgers and with the club 10th in the Premier League.

He arrived with a record of success, having led Borussia Dortmund to two Bundesliga titles and the 2013 Champions League final, and with a reputation for fast-paced, high-pressing attacking play, which he described as "heavy metal football".

The club has not only seen an improvement in their style of play but also their results, with his four full seasons to date yielding finishing positions of fourth, fourth, second and now first.

Intelligent dealing in the transfer market has also been key to his success, with Mohamed Salah and Sadio Mane signed during his reign. Along with Roberto Firmino, who arrived shortly before Klopp, the trio have scored a sensational 211 goals in less than three seasons (92 for Salah, 65 for Mane and 54 for Firmino).

Klopp has also improved players who were at the club before he arrived, including midfielder Jordan Henderson - his captain - and young full-back Trent Alexander-Arnold.

The German is the only Reds manager since Dalglish left (including the Scot himself during a second spell from January 2011 to May 2012) with a win percentage over 60.

Dalglish delivered Liverpool their 16th, 17th and 18th league titles and now, after 30 years, the Reds have found a fitting successor to provide them with their 19th.

"The last two years and since Jurgen's come in has been very positive," Dalglish told BT Sport. "He's been fantastic and epitomises everything Liverpool football club stands for. Whatever they got, they have deserved it.

"Onwards and upwards. We have a lot more happy days to look forward to as long as Jurgen is here."