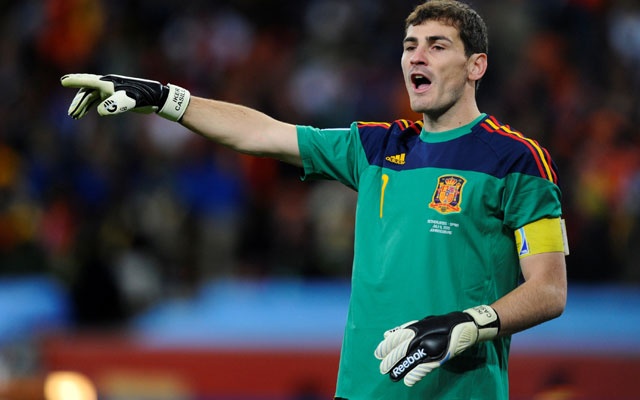 Spain's World Cup-winning captain and goalkeeper Iker Casillas has announced his retirement from the professional game at the age of 39.

The former Real Madrid skipper had called time on his five-year spell with side Porto in July after his contract with the Portuguese club expired, reports Reuters.

"The important thing is the path you travel and the people who accompany you, not where it takes you, because that comes with work and effort alone, and I think I can say, without hesitation, that the path I have taken is the one I dreamt about #Thanks," Casillas said on Twitter on Tuesday.

Casillas had suffered a heart attack during a training session last year and has not played any competitive football since April, 2019.

He broke through at Real Madrid as a teenager and went on to make 725 appearances for Los Blancos, winning five La Liga titles and three Champions Leagues.

He left for Porto in 2015, making over 150 appearances for the Portuguese club and winning two more league titles to add to his trophy cabinet.

The goalkeeper also enjoyed great success with Spain, winning two European Championships and one World Cup as La Roja dominated the international game between 2008 and 2012.