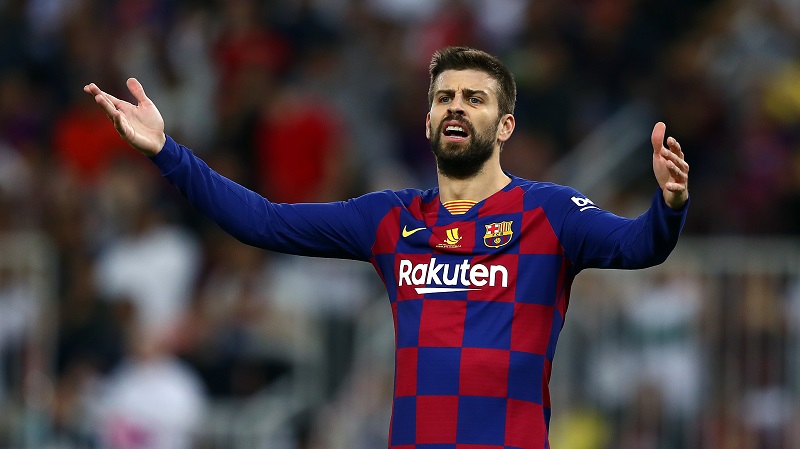 All this time Gerard Piqué be a part of success Barcelona. But according to former Real Madrid employee Oscar Ruggeri, Pique is a mediocre player.

Since joining Barcelona in 2008, the Spanish central defender has been almost irreplaceable. Pique has made nearly 550 appearances with a contribution of 46 goals and helped Barcelona win 29 championship trophies, including the Treble twice in 2009 and 2015.

Ruggeri won the LaLiga championship medal with Madrid comparing Pique to the captain Real Madrid Sergio Ramos. Together with Pique, Ramos is considered one of the best central defenders in his generation and is a subscription to the world’s best Starting XI and Europe.

Ramos has made 650 appearances and scored 97 goals, some of which determine the victory The real. Ruggeri meyakini Sergio Ramos still far above Pique.

“That pique [pemain] second class, like me, like many other players, “Rugger stung FOX Sports Argentina as reported Brand.

“He is indeed handsome, he is with the singer [Shakira] … he has a cool beard, but if he plays for Valencia, he won’t be famous. The fact that Pique is playing for Barcelona. “

“He is like me – mediocre. A good defender, but no more. He is not under much pressure, except against big teams. Sergio Ramos that [bek tengah] best in the world so far, “added the 58-year-old man.

After failing to win the Spanish League, the Copa del Rey and the Spanish Super Cup, Gerard Piqué and Barcelona threatened to end the 2019/2020 season without a title. Barcelona just have the Champions League as the last chance to win a trophy. Barca will face Napoli in the second leg of the last 16 on Sunday (9/8) early morning WIB, with a 1-1 draw position in leg I. Source: World Today